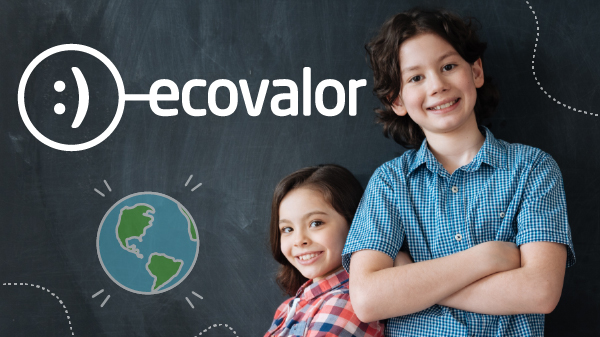 The 19th edition of Ecovalor's Program has already started, empowered by the annual recycling contest “Separa e Ganha” - a challenge launched by EGF'S group to educational institutions across the country, which offers prizes to schools that present better performance in separating their used plastic, metal, paper and cardboard packagings.

This contest is aimed at recycling enthusiasts and is part of EGF's Ecovalor Program, an active program since 2002 that involves schools across the country, with several initiatives that promote good environmental practices. This year, all awareness-raising actions were adapted to digital format for the safety of all participants.

The initiative plan is adapted to the reality of each region and is implemented by each EGF concessionaire - Algar, Amarsul, Ersuc, Resiestrela, Resinorte, Resulima, Suldouro, Valorlis, Valorminho, Valnor and Valorsul - in its area of ​​operation, in partnership with the respective municipalities. Despite the pandemic phase, this program has never stopped and has overcome challenges and promoted new solutions.

In 2019, Ecovalor received more than 2,500 tons of packaging for recycling, doubling the volume of the previous year. 1,099 schools and almost 400 thousand people participated, almost twice the impact that the program had in 2018. In addition, the concessionaires carried out, in total, more than 6,500 complementary actions, such as face-to-face visits, awareness-raising actions or campaigns, reaching more than 100 thousand people.

This program reinforces EGF's Group mission, like the current national campaign “The Future of the Planet is Not Recyclable”, launched last month, which raises Portuguese citizens awareness towards sustainability and resource development, leading them to adopt appropriate environmental behaviors to protect the planet and future generations.