The European Waste Prevention Week 2019 is taking place. This project, already in its 7th edition, is due to the need to reduce the amount of waste we produce.

The focus this year is on education and information for a change in attitude towards waste: “Change your habits, reduce your waste.”

From the early 1970s until 2016, household waste has doubled in the European Union, per capita and by weight. In 2016, the annual production of household waste from each European reached 482 kg! *

The European Week on Waste Prevention (SEPR) aims to draw attention to this problem. And that is the main objective of the actions that will take place this year. There are 16,570 shares across Europe! Also in Portugal this movement is promoted by EGF and its concessionaires, of which we highlight some examples.

Algar is always associated with this initiative and there are several actions underway:

This week ERSUC, in partnership with the Municipalities and the School Groups, will boost the environmental education action “Our House is a Planet”, an awareness-raising action that uses an innovative approach to education and awareness, based on 360-degree movie projection in itinerant planetariums, specially designed with content suitable for 3 different target audiences: Kindergarten and 1st Cycle, 2nd and 3rd Cycle and Secondary Education.

The actions promote environmentally appropriate behavior on the theme of urban waste and include, in addition to the presentation of films, the delivery of teaching materials that allow consolidating the knowledge obtained.

ERSUC Executive Director Miguel Ferreira also calls for “this week's concerns to develop throughout the year, and translate into changing habits that will make all the difference in waste reduction and correct referral for recycling ”.

Valorlis invited the population to know the route of the waste they produce in their home, last Saturday, November 16th, in the initiative “Valorlis Open Day”.

The adhesion by the population exceeded the expectations, having the registrations sold out within a few hours, which led to Valorlis opening a second time. On “Valorlis Open Day”, the company received 70 people, accompanied by their families.

Participants began the visit by placing the waste they brought from home in Valorlis ecopoints, followed by a guided visit to the Sorting Unit and Leiria Landfill, where it was explained what happens to the waste after it is placed in their containers. During the visit the myths of recycling were also clarified and the rules of waste separation clarified.

Valorlis also promotes, on November 23rd at 15h00, in the Valorlis auditorium the workshop on the theme of food waste "From the vegetable garden to the table", with taste, creativity, without waste”, in a partnership with Refood Leiria.

In this workshop participants will learn techniques to avoid waste in the garden and kitchen and learn to conserve and turn leftovers into delicious dishes.

The program includes: Refood and elimination of food waste; Little tricks to reduce the amount of food sent to the trash; Presentation and elaboration of various ways of preserving food; Revenue Sharing.

The workshop is free, but requires registration at www.valorlis.pt

Valorsul has ongoing 20 registered actions, identified below, in its intervention area and supports the dissemination of the initiative. 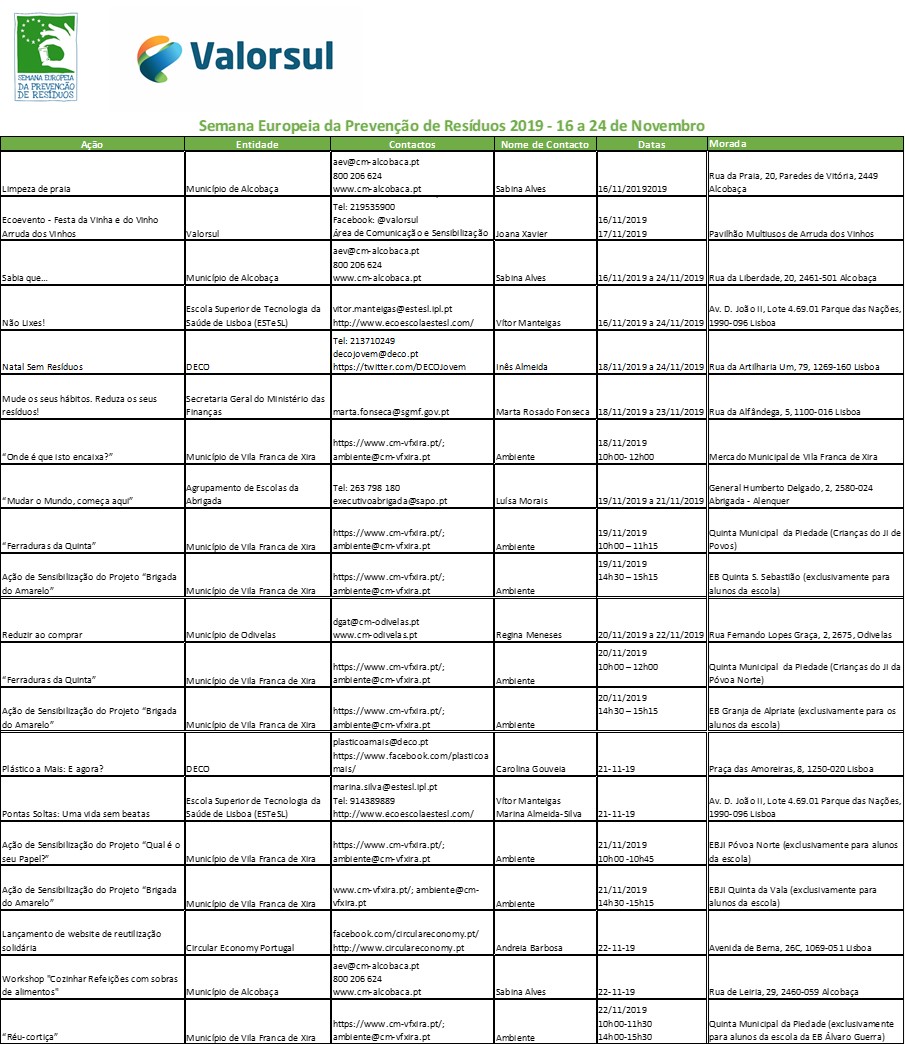 European Waste Prevention Week (EWWR) runs from 16-24 November 2019. “Change your habits, reduce your waste!” Is this year's motto. The theme this year aims to alert to the need to reduce consumption and prolong the life of objects. The aim is to raise public awareness of the need for waste reduction and this initiative is an incentive to reduce the amount of waste produced in Europe. 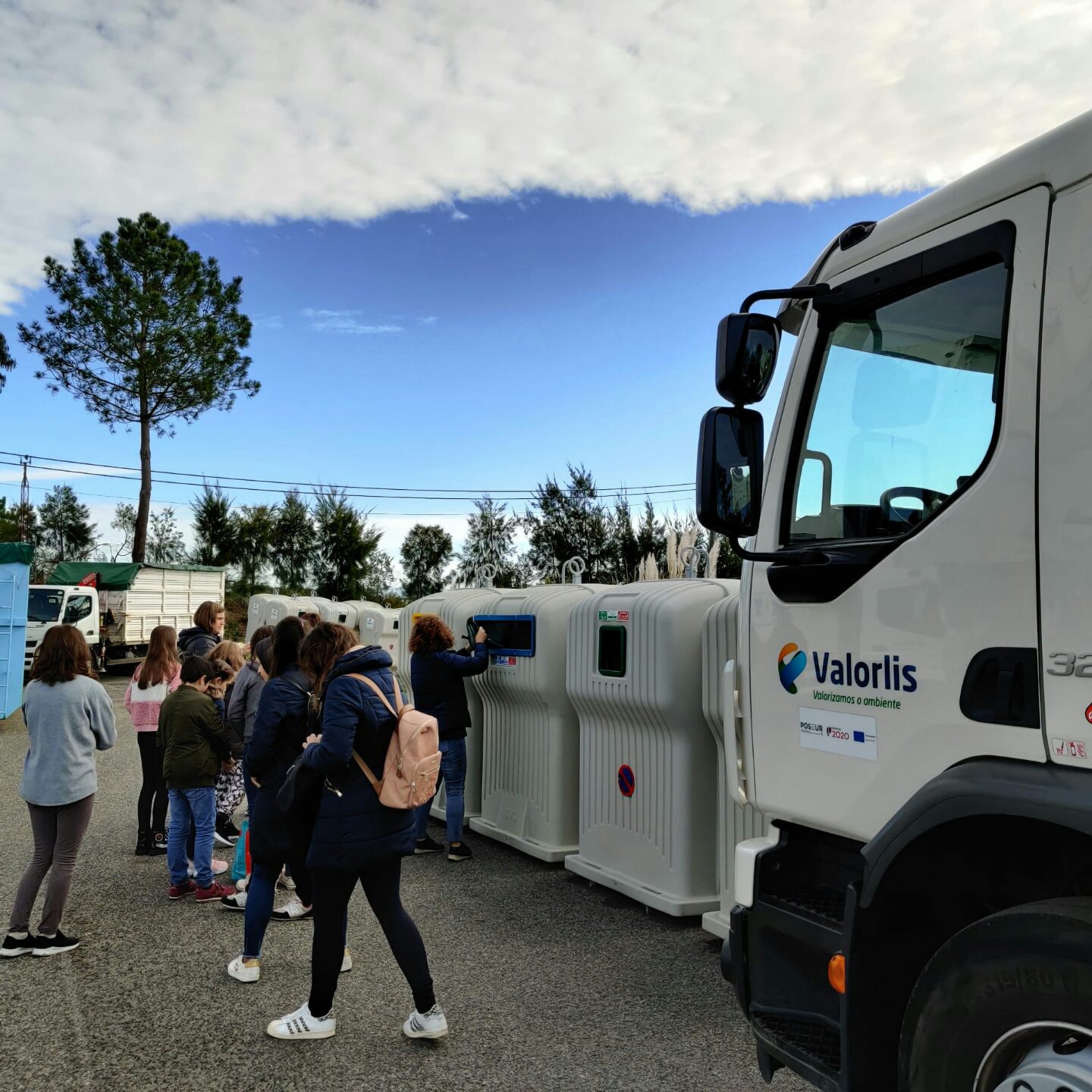 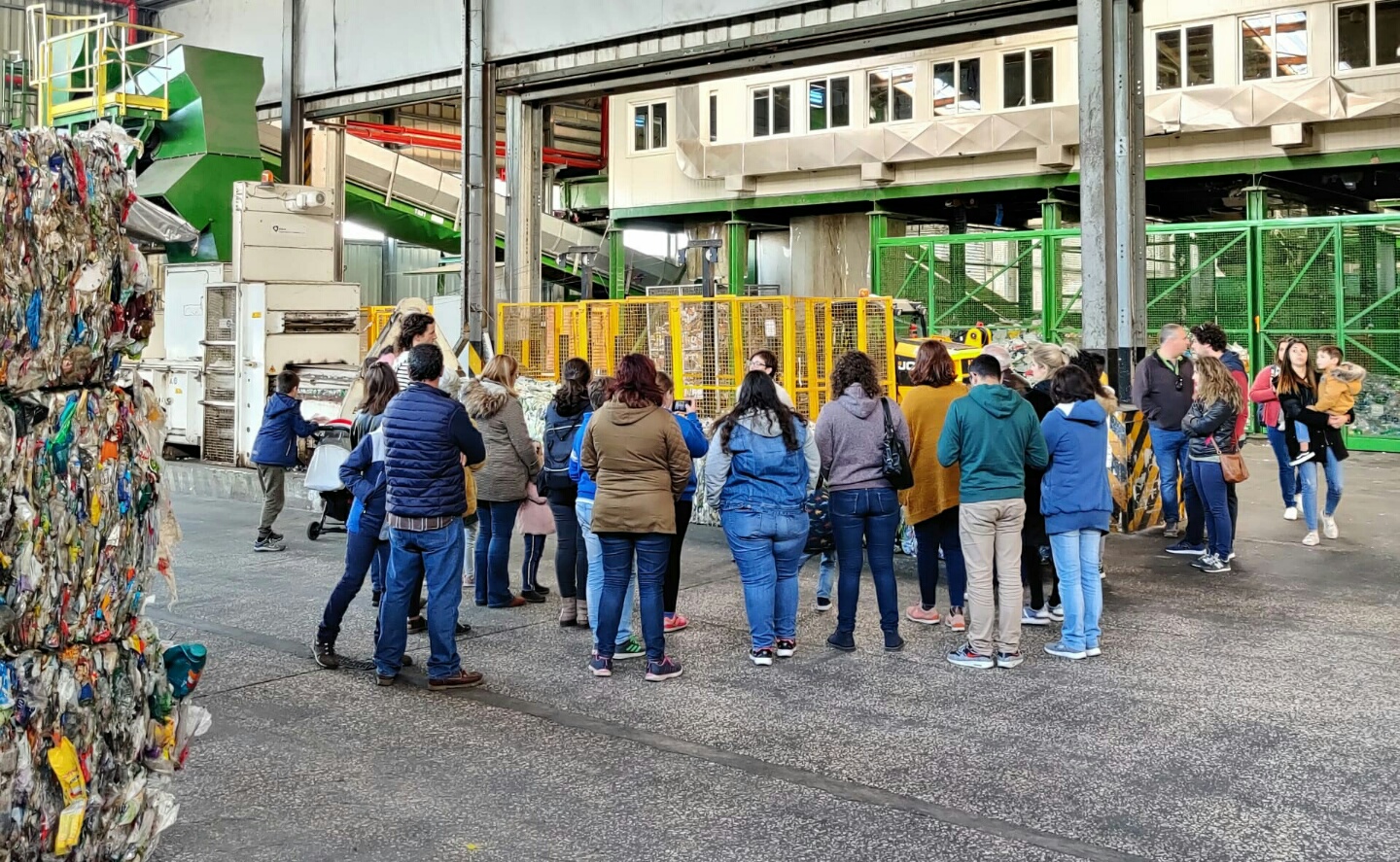 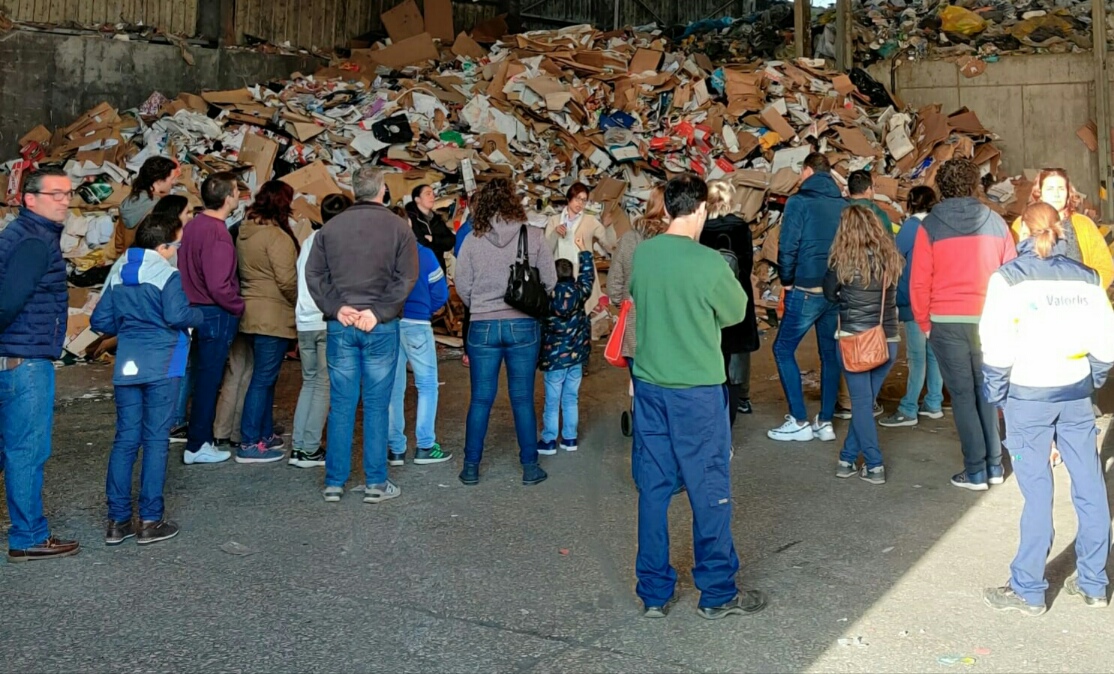 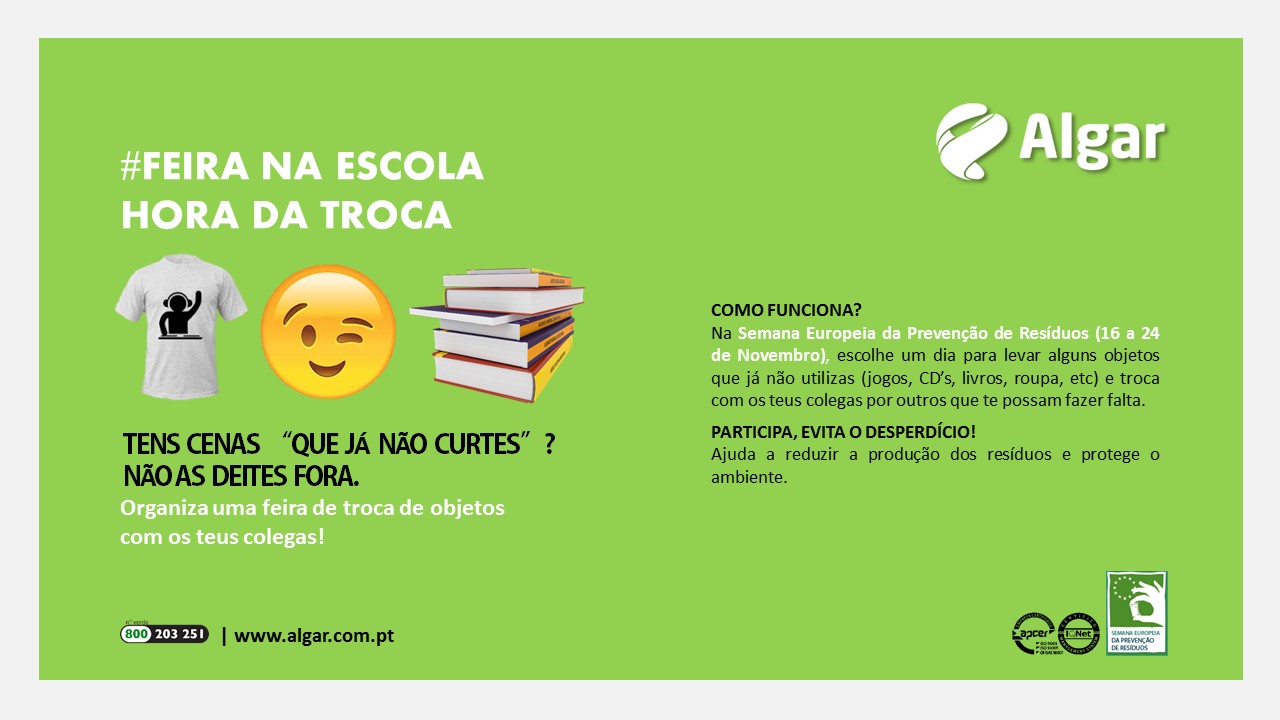