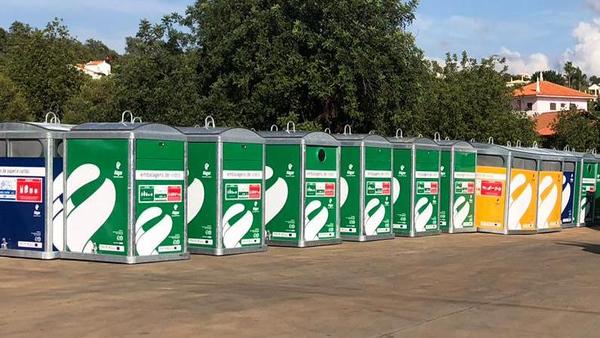 Algar, S.A., the company responsible for the valorization and treatment of urban waste in the Algarve, is investing within the scope of the Operational Plan of the Activity of Selective Collection, with the objective of improving the quality of the service provided to the population and visitors of the region. The company is strengthening the number of containers in places of greater population concentration.

In a first phase, until the end of the first half of this year, 400 new equipment was installed, and the second phase of placement of another 381 new containers distributed throughout the region has begun, which will be completed by the end of this year. After this reinforcement, the Algarvian population will benefit from an increase in the containerization capacity, corresponding to about 30%, in relation to the number of containers made available for the selective deposition.

In addition, we increased the deposition capacity of 355 containers already existing, since in these places of great production of containers we proceeded to the placement of larger containers. With the installation of 781 new equipment and the implementation of these measures, the 16 Municipalities of the Algarve will have a network of about 3500 containers, which translates into the ratio of one container per 126 inhabitants.

At the same time, the company is acquiring seven new vehicles for the Selective Collection and recently strengthened its workforce by integrating 6 new employees into the area of ​​collection and sorting of recyclable packaging in order to respond to the production of waste of packaging that are processed at your premises.

Algar is also investing in the selective collection of waste from the commerce and services sector, promoting the "Recycle Trade" awareness campaign in more than 2200 commercial establishments, as part of its "Algarlinha" project.