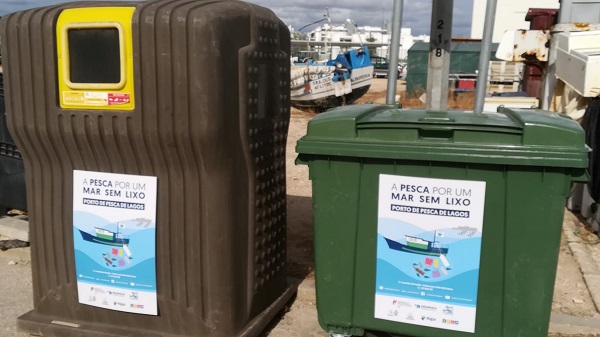 Algar supports the initiative "Pesca por um Mar sem Lixo (Fishing for a Sea without Waste)", a project with the objective of reducing marine litter on the Portuguese coast, which has now reached the fishing port of Lagos, where it has, at the start, 31 vessels and 67 fishermen.

“Fishing for a Sea without Waste” is a project integrated in one of Portugal's voluntary commitments within the scope of the Sustainable Development objective 14 - Oceans, promoting the collection of waste generated on board and captured in fishing gear and providing the appropriate infrastructure for its reception on land and subsequent recovery.

Algar is a partner of the initiative in the region in the Algarve, through the provision of ecopoints for the disposal of recyclable waste collected at sea by fishermen (plastic cups and bags, beverage packages, cans and styrofoam). These residues, collected at sea or produced on boats, are sent to land by fishermen, who place them in Algar containers.

The project, coordinated by Docapesca, brings together organizations of producers, shipowners and fishermen, as well as public and private entities from the ports, aiming at improving the environmental conditions of the Portuguese coastal zone. As part of this initiative, 745 vessels are already involved, representing 2,814 fishermen, and almost 80 producer organizations, associations, municipalities, waste collection companies, NGOs and port administrations.