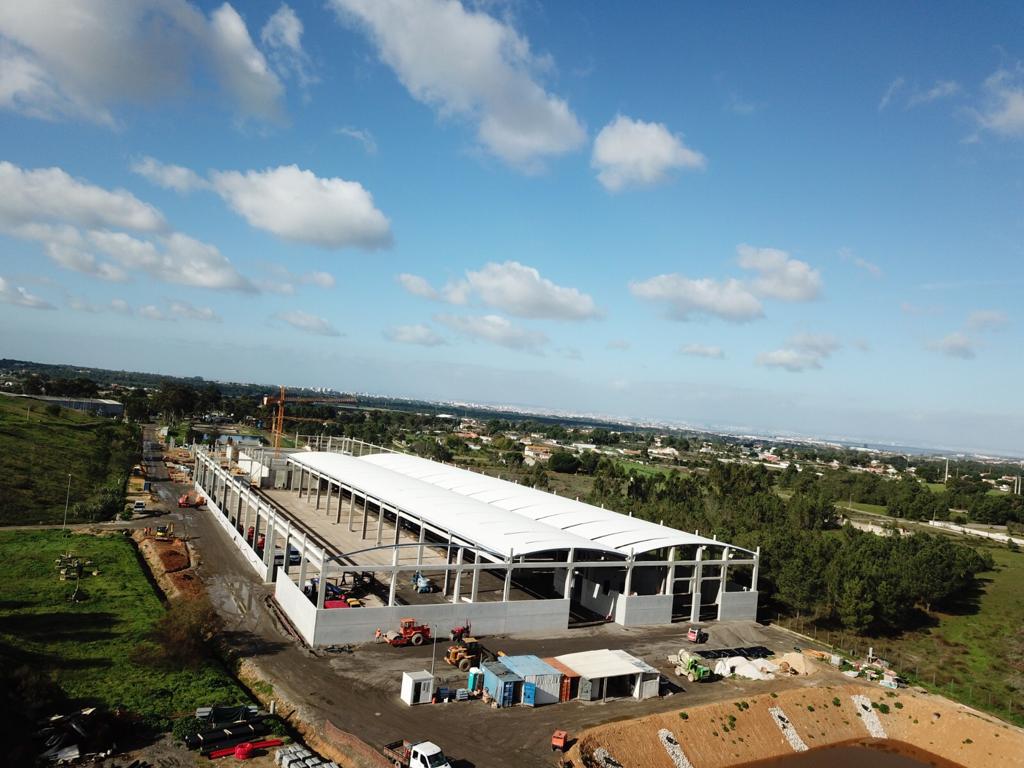 Amarsul makes a new investment in treatment and organic valorization, by advancing with the construction of a new biological treatment unit in the Ecoparque of Palmela, a significant investment in the region with the purpose of achieving the goals set in the treatment of biowaste, offering a valid alternative to landfill waste, and thus improving the service provided to the population of the Setúbal Peninsula.

With an investment of around 18 million euros, the new infrastructure, with 26 500 m2, is already in an advanced stage of construction. It will have a capacity to receive 50 thousand tons of organic waste per year, from the selective collection of municipalities, with an estimated production of 8,500 tons of compost also per year, to be used as organic corrective of agricultural land.

Its construction obeys the most rigorous requirements and certifications, both in the waterproofing and aeration system, and in the drainage and forwarding of leachates. State-of-the-art equipment, material and technology are being used, ensuring increasingly demanding environmental standards, as well as the use of the best available technologies.

Within the scope of this investment, the Mechanical Treatment unit, where undifferentiated waste is deposited, will also be re-qualified, in order to improve the pre-treatment process, processing and separation of organic matter from other waste, for subsequent forwarding to the new unit.

It is estimated that the new Biological Treatment unit will start operating in the middle of next year 2023.

Amarsul is responsible for the treatment and recovery of urban waste from the 9 municipalities of the Setúbal Peninsula: Alcochete, Almada, Barreiro, Moita, Montijo, Palmela, Seixal, Sesimbra and Setúbal.

In 2021, Amarsul treated 464 thousand tons of waste and recovered 45 thousand tons of recyclables, in 10 facilities. The company relies on the collaboration of about 400 workers, who daily serve the 800 thousand inhabitants of the peninsula.

Amarsul also recovers energy from waste, through the extraction of biogas, producing annually about 17 GWh of electricity, which is injected into the National Electricity Grid. It also produced 9,000 tonnes of organic correctives that were applied to tree and shrub crops, namely orchards, olive groves, vineyards and forest species. These soil correctives are obtained through the organic valorisation of the biowaste received, whether from undifferentiated collection or selective collection, under strictly controlled conditions.