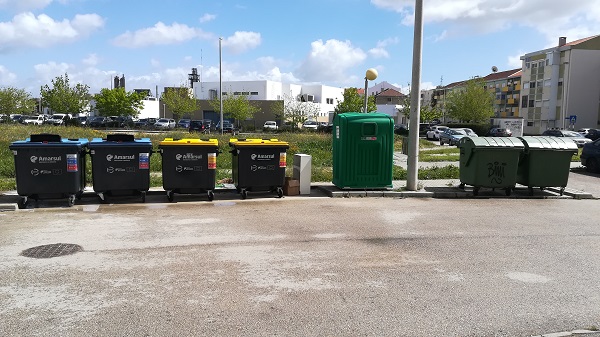 Amarsul, EGF's concessionaire in the Setúbal peninsula, is promoting awareness campaigns along the ecological islands following the reinforcement of the ecopoint network and a closer approach to the population that makes packaging separation a more comfortable task.

In several municipalities, this reinforcement has been made with containers with a capacity of 1,100 liters (smaller than the traditional ecopoints of 2,500 liters), creating ecological islands. This project, co-financed by POSEUR - Operational Program for Sustainability and Efficiency in the Use of Resources, aims to increase and optimize the recyclable quantities separated at source.

In this context, Amarsul is promoting awareness-raising activities in the ecological islands, where dedicated teams clarify all doubts regarding the separation of recyclable waste, helping citizens to check that the waste they are depositing in the containers is properly separated. At the end of the awareness raising action, a pedagogical offer is made available.

The awareness began on April 15, in the Municipality of Barreiro, after installing more than 400 containers for paper and cardboard (blue cover) and plastic or metal (yellow cover) containers, with about 370 actions being programmed. Subsequently, more actions will take place in the remaining municipalities of the region, making a total of 2,990 shares.

With the correct separation of recyclables by citizens, less waste is sent to landfill, and everyone benefits: less will be the tons of waste subject to the rate of deposition paid by the Municipalities and will be more quantities selectively collected by Amarsul for recycling.