EGF was present in Angola 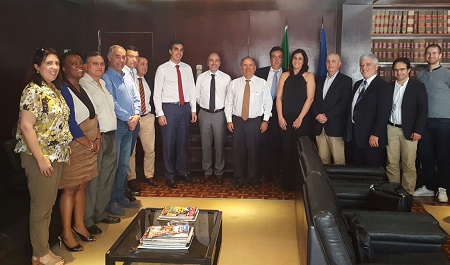 EGF participated in the II Angola-Portugal Forum, an event that took place on January 24 and 25 in Luanda (Angola), in an initiative organized by AEP - Portugal Business Association, in partnership with AICEP - Portugal Global and the Chamber of Trade and Industry Portugal-Angola.

The businessmen present at this meeting also had the opportunity to meet with the Portuguese Ambassador, João Caetano da Silva, and make business contacts during the two days of the event that took place at the Hotel Epic Sana.

In addition to the event, which had more than 200 entrepreneurs, EGF presented to the participants and the media the various waste treatment and recovery solutions and the necessary changes in behavior on the part of the citizen and the institutions regarding the waste produced.

This event is an example of the internationalization policy of EGF, and allowed to make known the company in a market with a lot of potential regarding waste management.