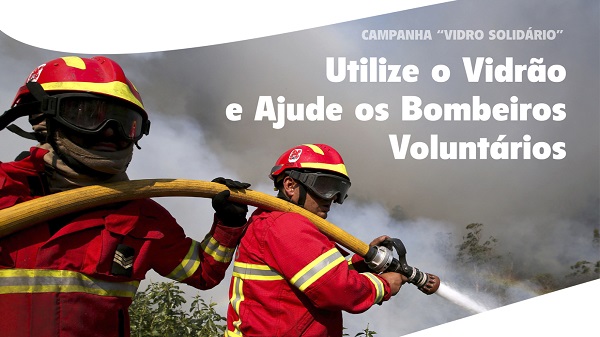 ERSUC, the EGF Concessionaire for the central area of Portugal, started a campaign dedicated to the collection of glass, which in addition to contributing to the recycling of this material, allows to support firefighters of the region.

The campaign is called SOLIDARITY GLASS, and the objective is to encourage the population to value glass and its deposition in the green containers, but also to help the volunteer firefighters of the Central Coast, making the population aware of the need to promote and participate in the sustainable development, but also support those institutions that are scarce and to help those who need it most.

For each additional ton of glass (based on the amount of glass collected in homologous periods) deposited in the green containers installed in the ERSUC area, 5 euros will be donated to the Volunteer Firefighters of the Central Coast Multimunicipal System, according to Contribution of each municipality.

The amount of glass collected in the green containers of each municipality, during the 12 months of 2016 (14.303 tons) will be the reference to make the attribution of the donations.

The monthly registration of the quantities of glass collected in 2017 and its homologous period will be published on the ERSUC website and the donations will be awarded at the end of the 12 months of the campaign.