National Campaign is ON! 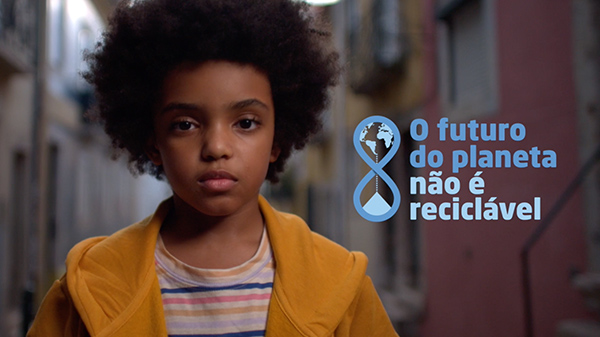 EGF's concessionaires, a leading group in the treatment and recovery of waste in Portugal, launched, this Wednesday, the largest environmental awareness campaign ever developed in Portugal with European funds. With an investment of more than one million euros, O Futuro do Planeta Não é Reciclável movement, calls for the prevention, reuse and recycling of urban waste. The advertising film features Rúben Alves, author of the acclaimed film “A Gaiola Dourada”.

The goal of this campaign is to move the citizen to take action and be part of a collective movement, through the adoption of appropriate environmental behaviors in its daily waste  management and by assuming their role as resource manager, in a value chain of which EGF and its concessionaires are part of.

“This is a very important campaign for the EGF group. We accounted for the involvement of all concessionaires, employees and partners, to create, together, a collective environmental movement that will make a difference ”, underlined Emídio Pinheiro, Chairman of the Board of Directors of EGF.

This campaign is part of a Strategic Environmental Communication application, submitted by EGF's concessionaires and approved by POSEUR for the period 2016-2020 with a co-financing of 85%. For its implementation, a public tender with international advertising was carried out, with the award of € 1,061,732.

The presentation of the campaign will be made, this morning, at the Thalia Theater, in Lisbon, in a public ceremony with the participation of the Secretary of State for the Environment and Climate Action, Inês dos Santos Costa.

A CAMPAIGN THAT INTENDS TO RAISE CONSCIOUSNESS

The advertising film, authored by director Rúben Alves, who made the film “Gaiola Dourada”, is very cinematic and aims to raise awareness and lead the necessary change in behavior. This spot shows what happens to waste after being separated at the ecopoints and gives face and voice to thousands of workers in this sector of activity. In addition, the role of municipalities and organizations, which are invited to promote this campaign in their regions, is also highlighted.

Actress Ana Varela, comedian, António Raminhos, singer Toy and urban artist Xico Gaivota will help to give voice to this movement, through various actions on social media and the creation of an installation to celebrate the movement. Regional events and participations will also be promoted, as well as environmental education actions on the ground, such as the Ecovalor Program and Recycle Bingo.

The multimedia advertising campaign, whose creativity was by Tux & Gill, will be present in various national and regional media - press, radio, billboards and television -, highlighting the actions integrated in the programs The Voice of Portugal, Big Brother and Manhãs of Rádio Comercial.

Also noteworthy are the special care for inclusion and diversity applied in this campaign, including the subtitling of films, the implementation of rules in ordering the containers (blue, green and yellow) for the blind and the creation of a tattoo with the application of the ColorADD symbols.