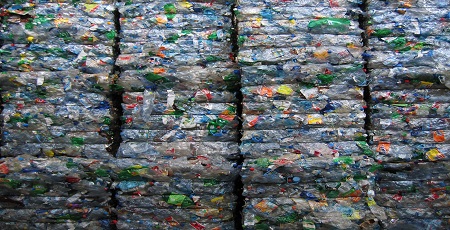 Valorlis, EGF Concessionaire in the region of Leiria, which treats urban waste from 6 municipalities, sent a total of 10,372 tons of waste for recycling in 2016, corresponding to an overall increase of 3% in the amount of material sent for recycling in relation to 2015. Parcelally, there were increases of 0.2% in glass, 2.5% in paper/cardboard and more than 10% in plastic and metal packaging.

The selective collection effort in the municipalities of the Valorlis area of ​​influence (Batalha, Leiria, Marinha Grande, Pombal, Porto de Mós and Ourém) resulted in the saving of 64 thousand trees, saved enough energy to keep a television connected for 866 years, metal which allows to manufacture more than 9.5 million cans of 0.33 liters, plastic enough to produce more than 7.5 million XL t-shirts and the amount of glass that allows to produce about 11.5 million bottles of 0,75 liters.

The involvement of the population of the six municipalities in the Valorlis area of ​​intervention was essential to achieve these results. Nuno Heitor, General Manager of Valorlis, points out that "Valorlis recognizes the efforts of the population and thanks all their contribution, which is essential for the selective collection, seeking to reciprocate with an ever better service and that meets their needs."

Each citizen of the region, by separating and depositing the waste in the correct waste container, contributed to the fact that at the end of 2016 it was possible to send materials for recycling to produce or save very significant resources - "selective disposal is already a priority for many residents, but we are aware that our effort to raise awareness should be maintained, with simple and direct language, in order to show all people that it is possible to make a difference ", explains Nuno Heitor.

"We believe that together it will be possible to maintain our region in 2017 as a benchmark in recycling targets and to meet the demanding goals that we are set to put in terms of material sent for recycling by 2020. These are small efforts that we make in our day- which will make all the difference in the very near future", he adds.