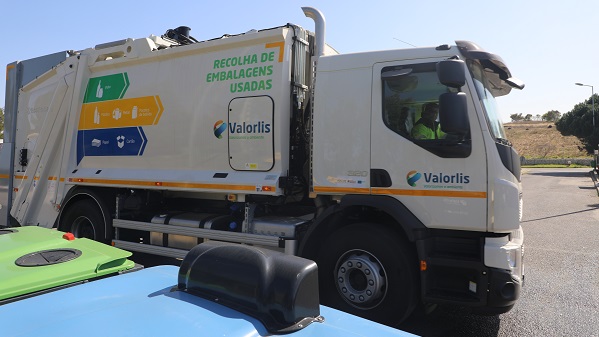 Valorlis is reinforcing the placement of underground waste separation and recycling units in Marinha Grande, taking into account the good receptivity of the project co-financed by POSEUR - Operational Program for Sustainability and Efficiency in the Use of Resources, initiated in July 2019. The project contemplates the placement of 15 new units to separate recyclable waste in the locations of Forno da Telha, Gaeiras and Outeirinhos, in the municipality of Marinha Grande.

The Underground Waste Separation and Recycling Units project - Selective Proximity Collection - is a pilot project, which aims to bring waste containers closer to the population, providing means for separation in places where there are constrainments in placing containers and increasing the quantities of waste sent for recycling.

This project was extended in stages to several locations in the municipality of Marinha Grande, with a total of 684 smaller waste containers (228 underground waste separation and recycling units) being placed to separate recyclable waste by the population in the localities of: Amieira, Albergaria, Marinha Pequena, Pero Neto and Trout, Comeira, Guarda Nova, Ordem and Portela, Embra, Forno da Telha, Gaeiras and Outeirinhos.

Valorlis has been reinforcing its waste containers network, bringing recyclable containers closer to the population, in order to make the separation of this waste more comfortable. In some areas of Marinha Grande this reinforcement is being executed by replacing traditional waste containers for waste containers with less capacity but placed closer to each home and in greater numbers.

This change was monitored on the ground by Valorlis' teams that sensitized the residents and clarified all doubts regarding the separation of recyclable waste, helping them to deposit and separate correctly in recycling waste containers.

Marta Guerreiro, Executive Director of Valorlis, indicates that “the results of this project, regarding the quality and quantity of the waste collected, have been very satisfactory, which leads us to consider, for the next investment plan, the expansion of the project to other municipalities in the intervention area of Valorlis” .