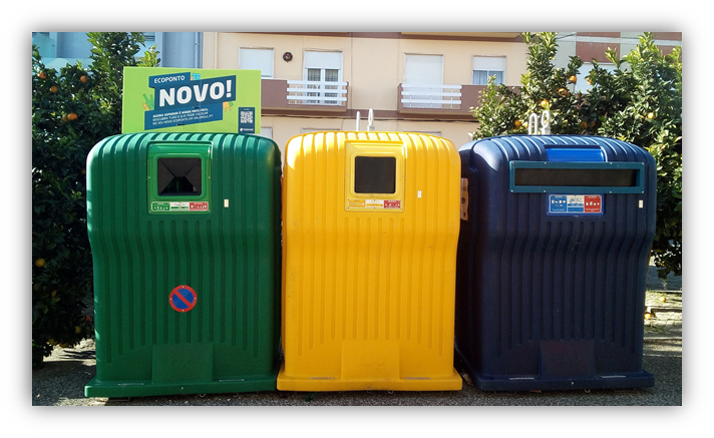 Valorsul, EGF Concessionaire in the Lisbon and West regions, foresees that by the end of this year, about 91,000 tons of recyclable materials will be collected in its municipalities.

Given the amount of material collected in 2017, there is a significant growth of about 21% in the separation for recycling paper, cardboard, plastic, metal and glass.

This improvement in the region's environmental performance is due to greater environmental awareness, a strong investment in new ecopoints, vehicles and sorting centers and to campaigns to encourage recycling that Valorsul and the municipalities have been developing together.

Between 2016 and 2021 Valorsul's investment plan amounts to 45 million euros with the aim of improving the company's public waste management service, of which 16 million are investments in selective collection and sorting of recyclables.

In addition to the environmental benefits, the increase in selective collection also represents an effective saving for the 19 municipalities. As a result, around 16,000 tonnes of recyclables (triflow) will be diverted from the undifferentiated waste bins than in 2017, the equivalent of an annual saving of around € 1.1 million in municipal landfill or energy recovery costs. .

Separation for recycling has grown over 50% in the last 2 years in 6 municipalities: Alcobaça, Arruda dos Vinhos, Nazaré, Rio Maior, Sobral de Monta Agraço and Torres Vedras. The highest growth was in Arruda dos Vinhos which is expected to end 2019 with 77% more recyclables collected than in 2017.

In the Lisbon region, the Loures and Odivelas Municipal Services stand out with a growth of 20% and the municipality of Lisbon, which, besides being the municipality with the highest amounts collected per capita, has grown in the last two years by 16%.

The strategy followed by Valorsul and the municipalities was to approximate, as much as possible, the number of ecopoints to the number of undifferentiated waste containers. The results show that the ecopoint collection option remains a good solution and allows families the freedom to deposit 24 hours a day.

Selective collection of bioresidues - food and garden waste - has been done in collaboration with municipalities for 12 years. This material is transformed by Valorsul into compost for agriculture.

In order to meet the demanding national and community targets, Valorsul and the municipalities in the coming years intend to increase this selective collection - which is currently focused mainly on restaurants and markets - and also to include families in this separation. Given the expected increase in the amount of segregated biogas, Valorsul will apply for an investment of 9.6 million euros to also increase the capacity of its Organic Recovery Station.